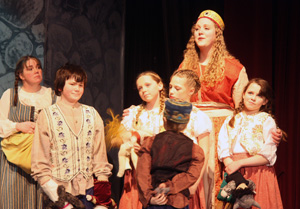 This year’s production was an original musical comedy, the world premiere of “Magic of the Goat Children.”

Created by author Kristin Bayer and composer Deanna Gibeau, this play tells the tale of a young princess who has to think fast to save her kingdom when it’s attacked by a band of fearsome invaders. 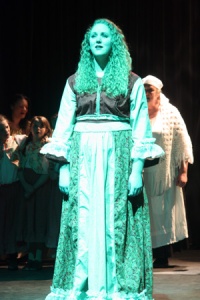 Fortunately, the princess has good sense, plus the help of her bumbling esteemed councilors, her besotted (but interchangeable) suitors, the village’s gossiping busybodies, and five spunky children.

The story is based on the book Night of the Goat Children, by J. Patrick Lewis, which is based on an actual event in the town of Beda (now known as Bitburg) in southern Germany during the Thirty Years War.

This “Made With Love” fundraiser raised over $1,200 for the children of Madhavapatnam, India, via Joyful Journeys, Inc.